A Little Pea in a Big Town

I grew up in a place where if you didn't have a car, it was like being marooned on a desert island. Only instead of oceans I was surrounded by grass, and instead of palm trees it was cows I watched swaying in the breeze. Well, they were never 'swaying' so much as 'chewing', but they did have milk inside, like coconuts do.

I take pains to point out to people that I didn't grow up on a farm; we just happened to have cows, horses and a small menagerie spread out across acres of paddocks. My neighbour out the back did have chickens at one stage, and a working well, but ours wasn't a farm. Our cows were only there to keep the grass down. If anyone reached for Daisy's udders she probably would have raised an eyebrow and then given you a warning poke in the temple with her horns for being so forward.

I remember sitting in the living room on days when my only companions had been the palm trees mooing in the ocean. I'd keep an eye on the end of the driveway for Dad to pull in with the car, and when it finally happened it was a joyous event. Not only was there going to be a person to look at and talk to, but the car could take me to where lots of other people were; where there were shops and coffee machines and cinemas and things were happening. Of course we had a TV, and sometimes my siblings would be home too, but I can remember being stuck at home alone, watching slugs leave glittery trails in the garden, wandering around the perimeter of the house for no particular reason and putting CDs on as loud as they would go because the neighbours were too far away to complain. In times like that there was the sense of an enormous space I was rattling around in, like a lone pea in a family-sized tupperware container.

Things to do when you're home alone: 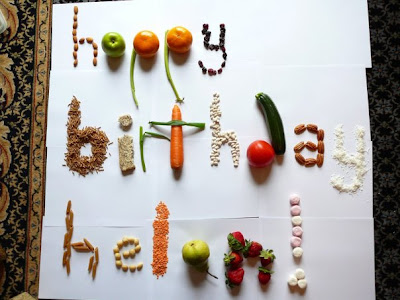 It can be great being home alone, but sometimes, staring at your own eyeballs in the bathroom mirror, you can easily drift into a mindset that says, 'All the fun is happening somewhere else. All those people - out there - are getting on with it, having a whale of a time, without you.' You might even imagine groups of people - laughing as they casually sip their drinks at a bar, sitting in cafes having coffees and saying things like 'George needs to learn to be more independent' or 'Barbara's gone off Mike again' - or just one person crossing at a busy intersection with a stride that says, 'I am late meeting all of my friends for the launch of that big thing.'

The squiggly veins in your eyeballs don't seem nearly as interesting as all that.

Now I have moved to a city, and even though I've been living here for a while I still feel like all of my Christmases have come at once knowing that I am a two-minute walk away from supermarkets, department stores, hairdressers, restaurants, bars and a rather addictive ladies fashion store that shall remain nameless. Buses purr by as regularly as Simpsons re-runs, and there is a neverending story of pedestrians passing my front window.

I'm finally in the midst of things. Things happen all around me, I can see people doing things and rather than feeling like I'm missing out on things, I can look around as I'm walking by a bus-stop and know that I am being seen as doing things too. Even if I'm just going to buy a can of kidney beans, those bus-stop people can see me pass and say to themselves, 'Oh yes, she's got plenty of things to do.'

But (there had to be a 'but' coming, right?) for all of this, sometimes the neverending story of people almost offend me just by being there. The thing about that past sensation of being a lone pea in a tupperware container is that the space around me was all mine. I could roll around and daydream about other vegetables and take as much time staring into my pea-eyes as I wanted. Now, when a train door opens and I see that there is simply no more room in that moving tupperware container for one more little pea (and the peas already onboard do not seem to care about my plight), it feels shocking. What are all these other people doing in my space? Why can't I get onto a train when I want to? I realise in that moment that I'm being selfish, but suddenly I don't have time to perform a probing exploration into my innermost pea-psyche because I have to hurry over to the other platform to make sure I can squeeze onto the next container.

It's hardly a new observation to say that time and space go together, so when there's no space your time dries up too, but it's still something that is difficult to accommodate to when you're used to one or the other.

At least now that I've experienced both sides I can use them against each other to remind myself of certain things. When I'm feeling cramped I can imagine myself in another time, looking for entertainment in palm-tree cows or my own eyeballs. And when I'm feeling like all the fun is happening somewhere else, I'll try to remember that sometimes all people are doing as they stroll determinedly by is going to the shop to buy a can of kidney beans... 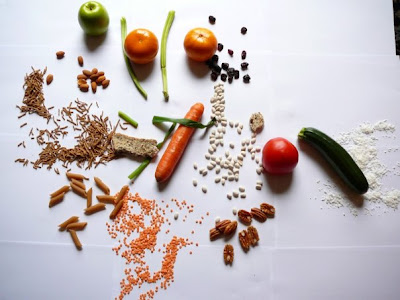